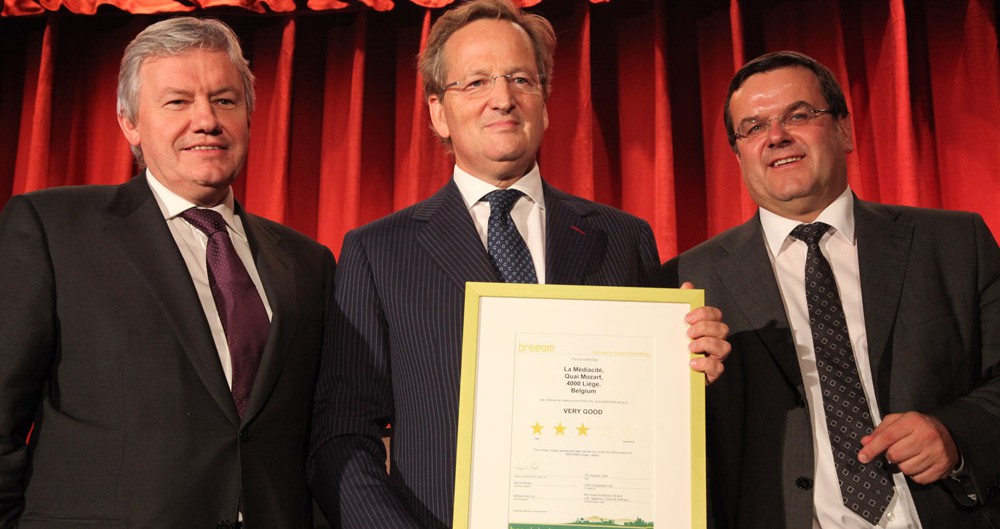 In 2009, Médiacité was the first building to have obtained Breeam certification in Belgium(Very Good mention) and the first European shopping centre to be certified according to the new Breeam Retail 2008 protocol, specially created for shopping centres. A rare achievement, Médiacité has now received the ‘post-assessment’ certification. In 2010, Médiacité won Two awards from the CBLCC (Belgian-Luxembourg Council of Shopping Centres):

Peter Wilhelm is voted ‘Honorary Citizen of the City of Liège’. In 2011, Médiacité won:

In 2011, Médiacité was nominated for the World Architecture Forum awards.