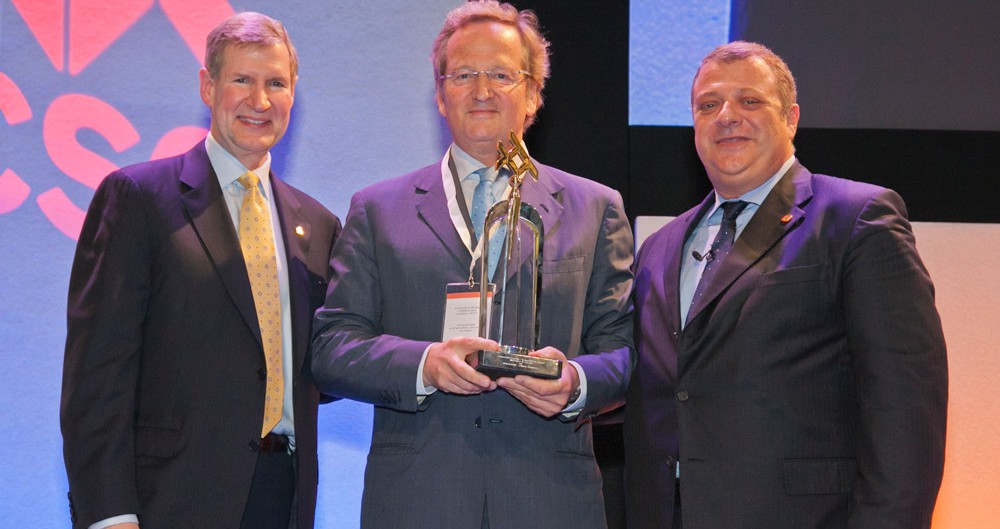 On Thursday 9 June 2011, the 6th annual Retail and Leisure International (RLI) awards took place at the Natural History Museum in London. MÉDIACITÉ in Liège was celebrated for the “exceptional renovation of a shopping centre that is innovative in its renovation through architecture and design, by the way it contributes to the overall regeneration of a city or a region, its contribution to the local community and the means implemented to improve sustainable development“. This was the first time that the category was included in the Global RLI Awards. Whatever happens, WILHELM & CO will therefore be the first winner ever (see press release attached). A week later, on 15 June 2011, at SIEC in Paris, in the style of the famous Oscars, the WILHELM & CO group received the accolade during the 2011 ICSC European Shopping Centre Awards ! MÉDIACITÉ was voted the winner in the ‘Refurbishment and Large Extensions’ category‘. This is the most prestigious award that a shopping centre developer could receive (see attached press release: Mediacite_ICSC_awards). “I can only be delighted to receive these 2 awards,” concluded Peter Wilhelm.“ They highlight not only the quality of our projects, but also the excellence of our teams.”»